A Night on the Farm

K and H Farms
A Night on the Farm


Join us at K and H farms for a evening of fun and laughter as we take you around the farm for a twilight hay ride and bonfire.  This will allow you and your family and friends to relax under the stars and just enjoy each others company!

We will start the evening with a hayride to the barn to learn about our farm. Your party will get a chance to interact with our farm animals as we get all the animals ready for bed. The hayride will then head to supper around the fire!  You will have the opportunity to roast your own hot dogs to enjoy with chips and drinks.  When you have finished off the hot dogs, you will then be ready for s'mores. As the fire dies down and the s'mores are finished off, we'll head back as darkness falls on an awesome evening!!

A Night on the Farm
Twilight Hayride


Come join us for a fun filled time under the stars with your family or friends!

Posted by Tractor Mom at 8:00 PM No comments: 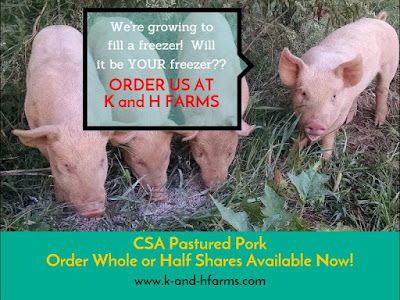 We have 4 CSA Pastured Pork that will be ready for your freezer the end of December to the first of January (weather permitting).

Put your deposit in to reserve your Pastured Pork!!

Getting Ready for Summer...

We've seen some glimmers of spring here on the farm.  With those glimmers, we have been getting ready for the summer...

We spent the first of the month getting water lines dug and put in place on the upper pasture.  Having water closer to our livestocks will be a time saving convenience for us and help us to keep fresher water to our animals. 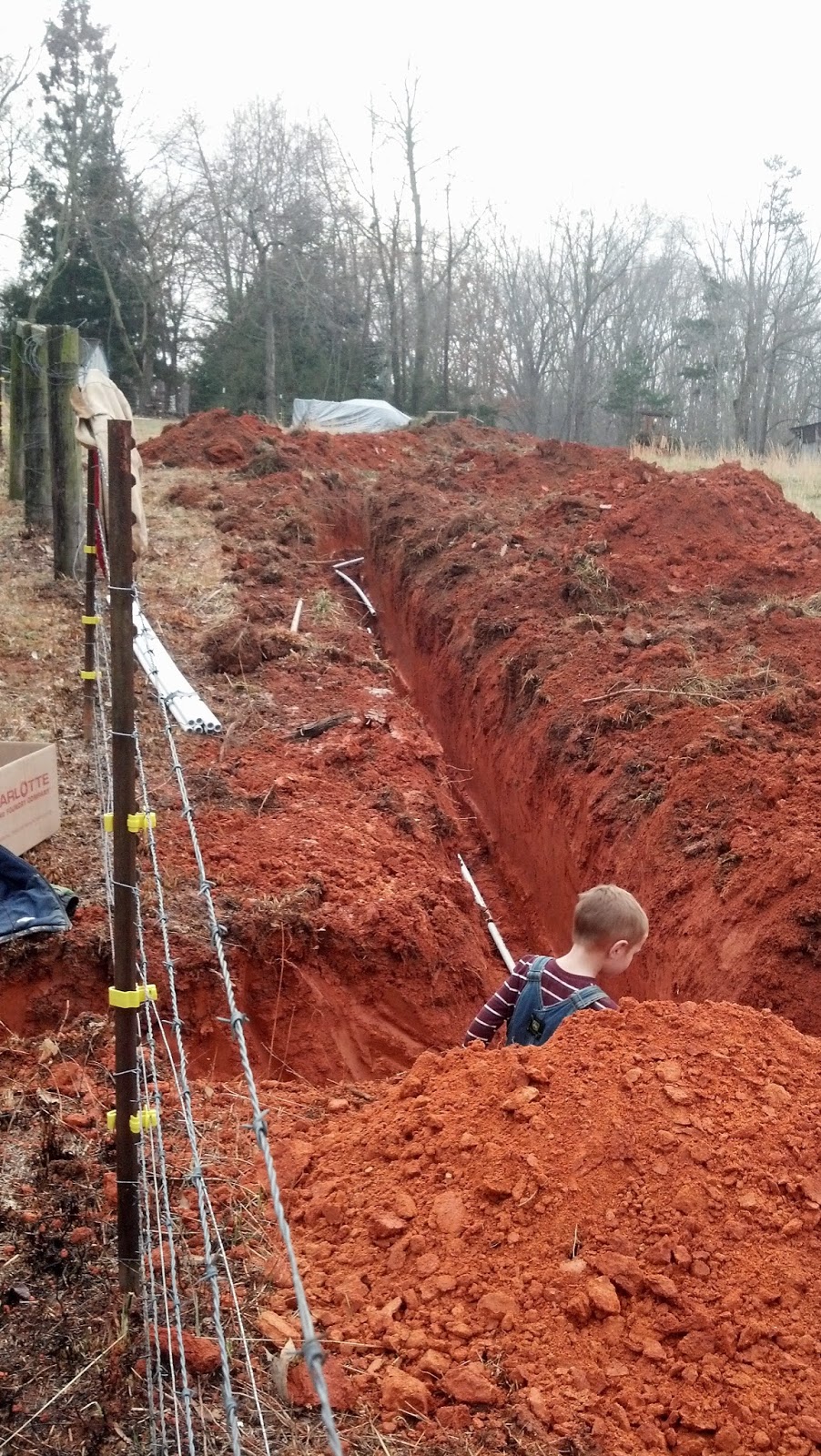 Stacey, the boys, and a few neighbors worked over the weekend to get our water lines in ground before the next rains came. 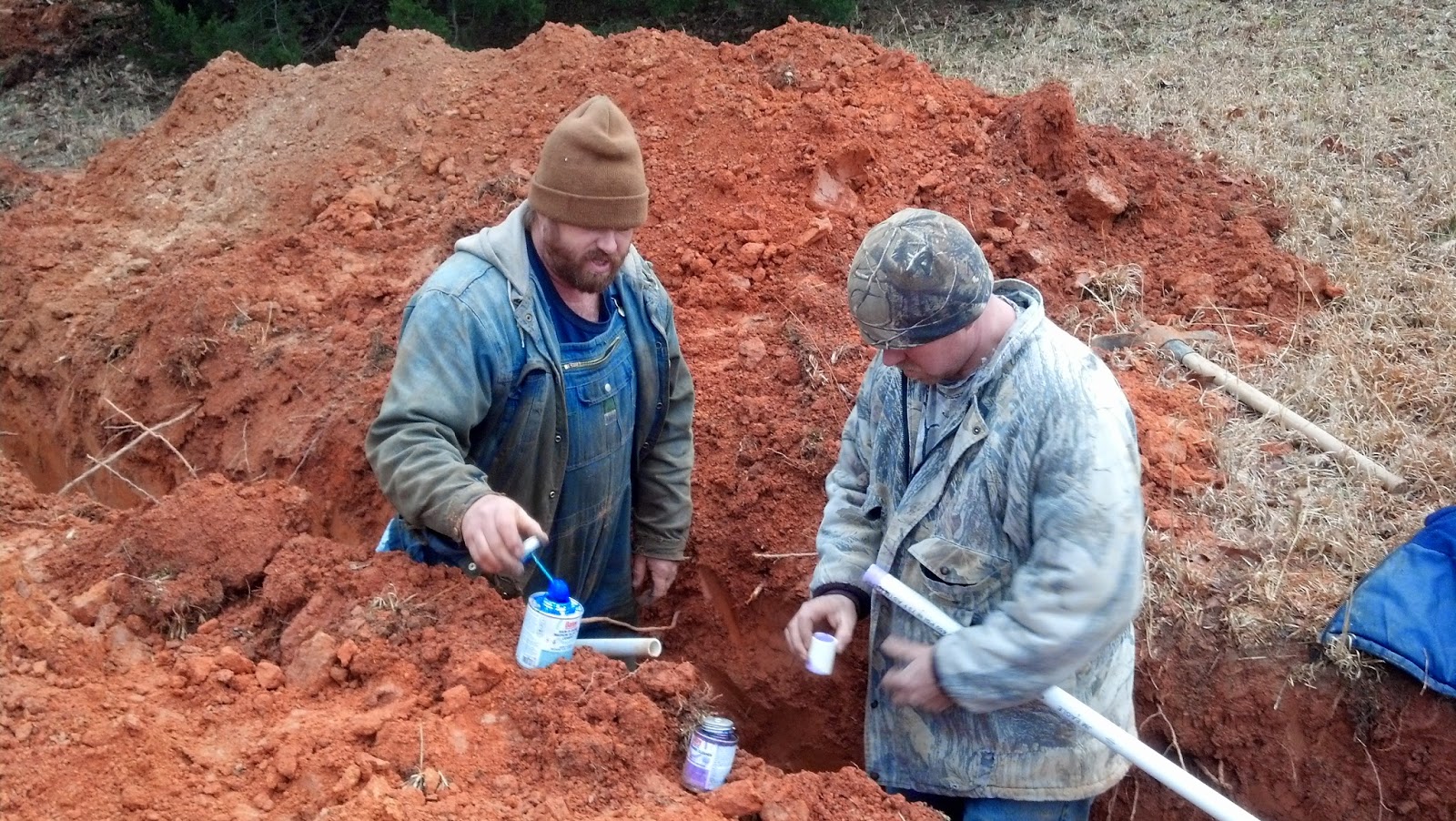 The boys are bummed that we had to fill in the ditches...they had too much fun running through the trenches pretending they were WWI reenactors! 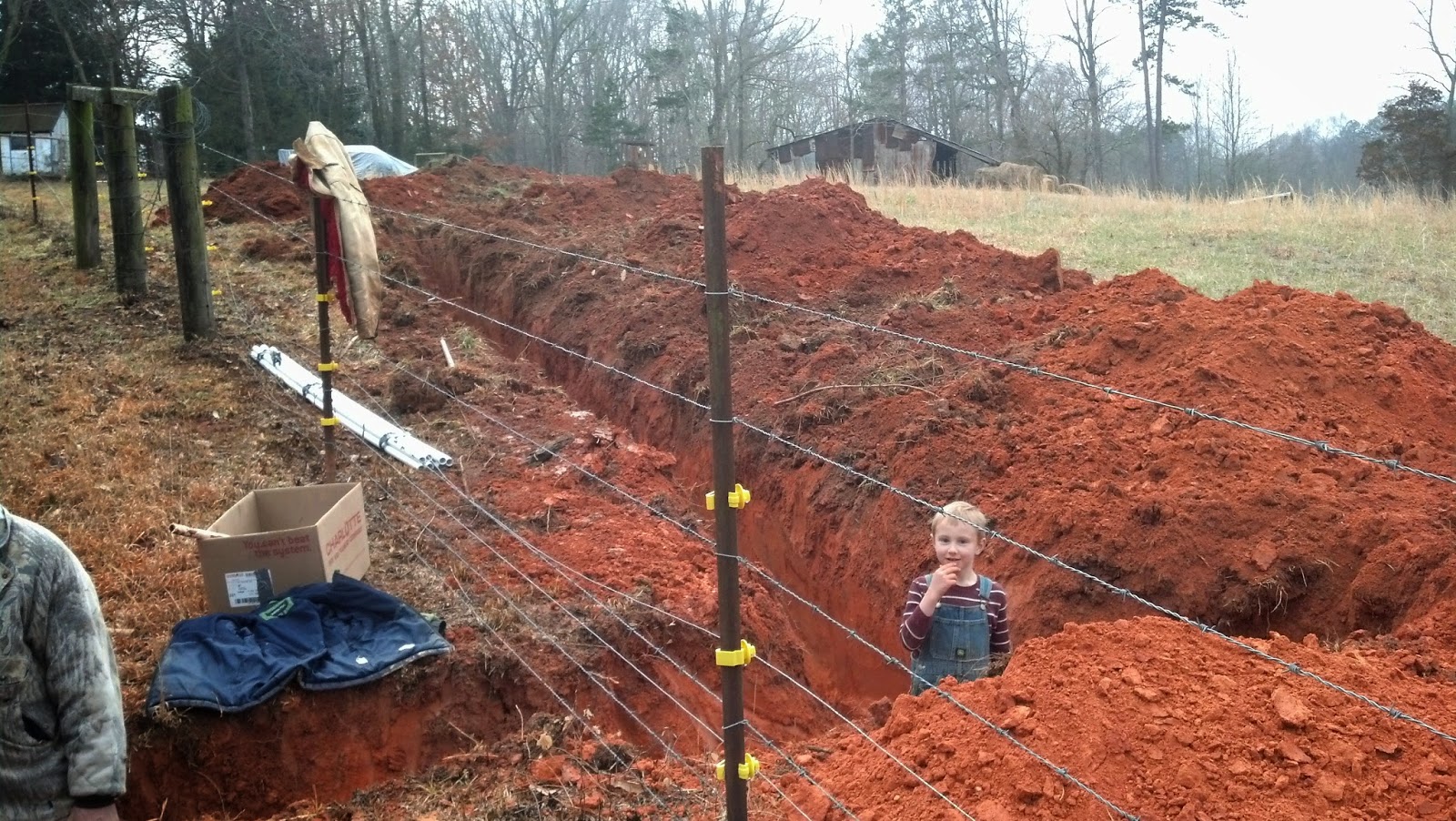 The hens and goat have been excited and are reaping the benefits...

How We Raise Our Meat Chickens...

How do you raise your chickens?


This is a question we get asked regularly and one we love to share with customers. 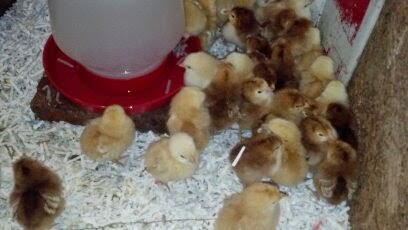 For our broilers, we get in 2 day old chicks from the hatchery.  We get an early morning call from the post office telling us its time to come get the chicks.  Once we get them on the farm, we take each chick and dip their pecks in a mixer of sugar and water.  This mixture gives the new chicks a boost for their first 48 hours on the farm.

They will live in the brooder for the next 3 to 4 weeks.  In the brooder, we are able to control the temperature to keep the chicks warm and cozy.  We introduce crumble feed to them after 48 hours and feed this until the week before going on the pasture.  It’s then that we start introducing the pellet feed that they will eat until time for processing. At between 3 or 4 weeks, the cute baby chicks are awkward teenage chicks and ready for more room to explore.  So we pack them up and send them to the pasture.  Once on pasture they scratch and feed on worms, bugs, and their non-GMO, non-Soy feed.  They are moved daily (according to weather) so that they are on fresh pasture.  Moving daily keeps the chicks from constantly having to walk in their own poo, keeping disease down to nothing!

Around 9 to 12 weeks, we start processing.  The chickens are now young adults and their meat is mature but still tender for eating.  We pack our happy chickens and delivery them to the USDA facility where they are processed, weighed, packaged and labeled.  Once they are frozen, we pick them up and deliver to our customers. 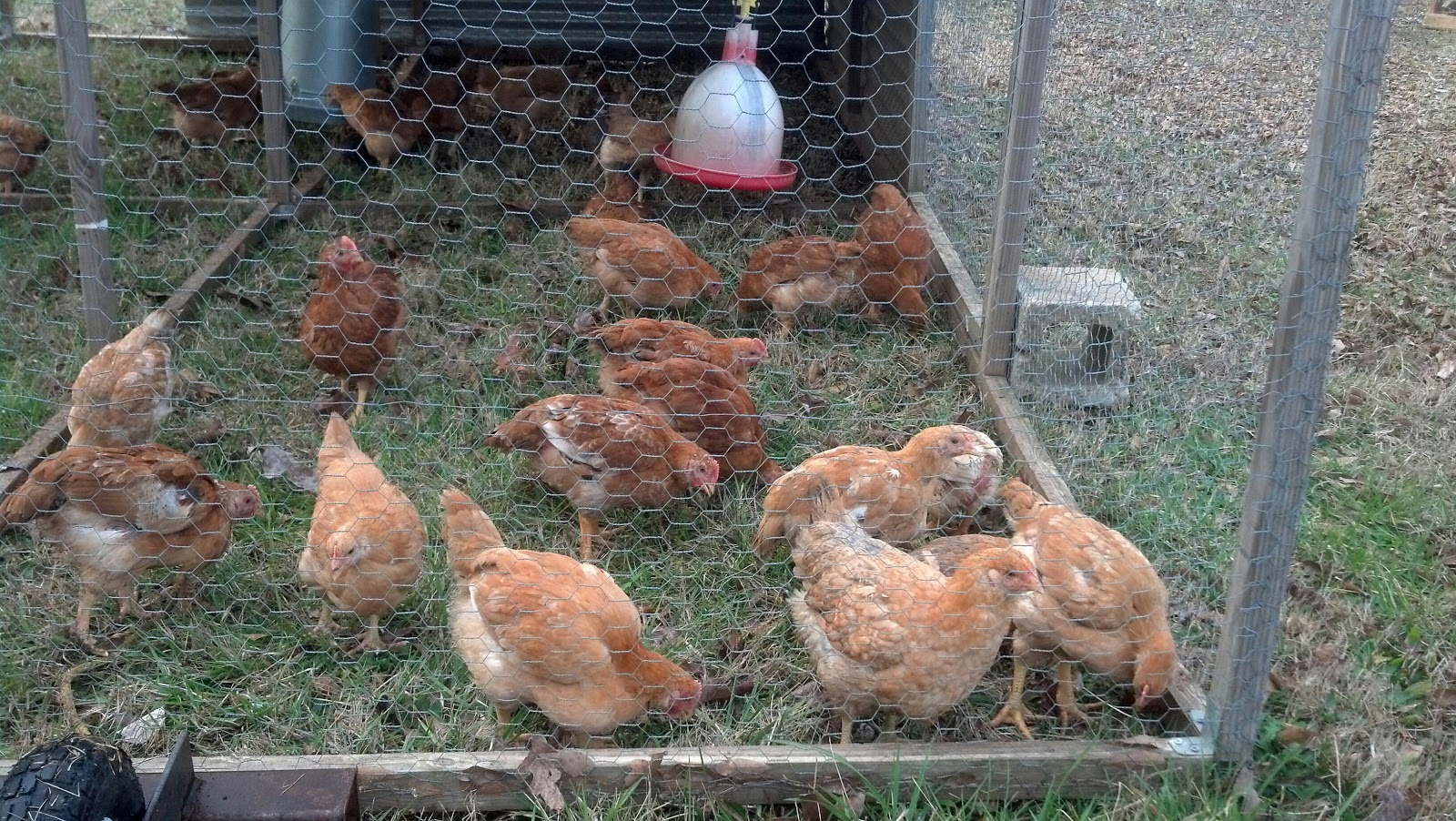 With fresh water and sunshine, our chickens are happy and active giving our meat chickens a more bold flavor that you can taste!  We work hard to make these chickens the best chicken you can put on your families plate.  We love to have our customers come and see how our chicken our cared for and the great life they are given. We feel that God has made us caretakers of this Earth and given these chickens for us.  These chickens are part of the circle of life that God created for us and we praise Him for His bounty!

Posted by Tractor Mom at 9:39 AM No comments:

How Long Do Your Fresh Eggs Last? 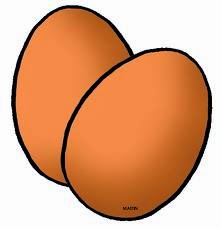 We get asked quite often how long will eggs last…

For commercial eggs, those you buy in the grocery store, farmers have 30 days from the day an egg is laid to get it to stores. Then, the stores have another 30 days to sell the eggs. The USDA recommends a maximum of 5 weeks in your refrigerator before you discard your eggs. What does this all boil down to? On April 1, you could be eating an egg that was laid on Christmas. (from Answers.com)

So that is about 4 months...according to the USDA research.  The date that our eggs are laid is on each carton.  We package our eggs the day they are laid.  One thing to remember is that your eggs will only last if stored in refrigerator for 4 months.

We will say from experience that our eggs have lasted up to 3 months from laid date for us. We keep our eggs in the refrigerator in the climate control boxes.

One way to tell the freshness of eggs to put them in a glass of water.  If the egg sinks, it is extremely fresh. If it floats on top, it is really old.  Why does this happen?

In an egg, there is a air pocket called the air cell.  When first laid, the air cell is small.  As the egg ages, the air cell increases causing the egg to float in water.  The higher the egg floats, the older the egg.

We feel confident in letting our customers know that our eggs should be good for between 3-4 months from their laid date on the egg carton. 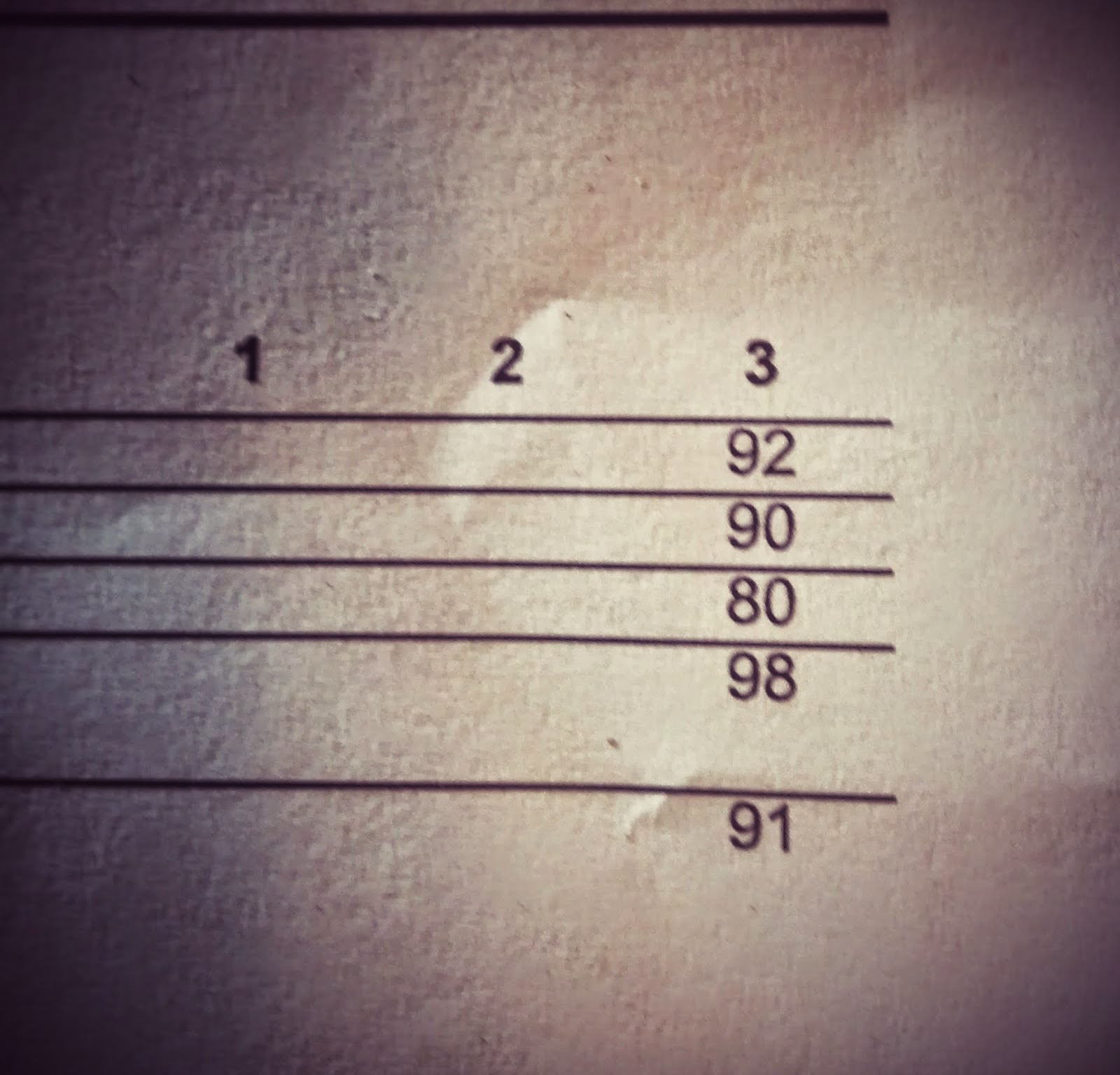